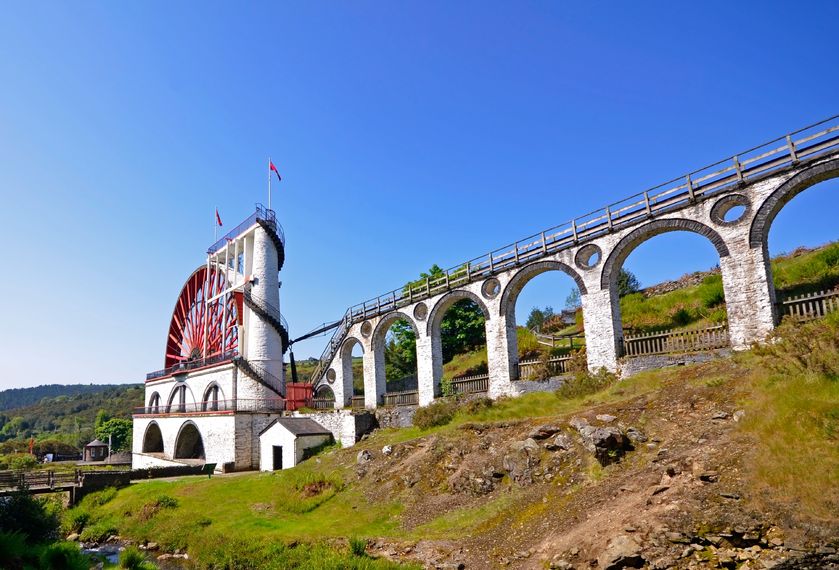 Ancient capital of the Kingdom of Mann and the Isles, the Isle of Man has a rich history steeped in Celtic mythology.

If you want to learn more about the history of the Island there is a fantastic tour you can take during your visit: The Story of Mann. The trail takes you to various historical sites including castles, forts, churches, Tynwald (the site of the longest continuous parliament in the world) and museums such as the House of Manannan.

Some of our favourite places to visit are Castle Rushen (which is one of Europe’s best preserved Medieval castles), the slightly more weathered Peel Castle (which has the advantage of being located on one of the Island’s nicest beaches, and near one of our best Fish and Chip restaurants), the House of Manannan (which offers an excellent highlight reel of the Island’s history from the first Vikings landing on our shores to the present day) and the Laxey Wheel which is the world’s largest working waterwheel.

The Sound, which is located to the South of the Island and overlooks the Calf of Mann, an even smaller Island off the coast, serves a brilliant cream tea and is a 5-minute drive from Cregneash which is a working example of a typical 19th century Manx village. While you’re there you will probably catch a glimpse of a local breed of sheep, Loaghtan, which are descended from primitive sheep once found across Scotland and the Hebrides but are now endangered…they also have four horns.

There’s a lot of history to cover in one visit, so we suggest sticking to the Story of Mann for a whistle-stop tour of the Island’s history or talking to us for some suggestions on the best places to visit.

We use cookies on our website to give you the most relevant experience by remembering your preferences and repeat visits. By clicking “Accept All”, you consent to the use of ALL the cookies. However, you may visit "Cookie Settings" to provide a controlled consent.
Cookie SettingsAccept All
Manage consent

This website uses cookies to improve your experience while you navigate through the website. Out of these, the cookies that are categorized as necessary are stored on your browser as they are essential for the working of basic functionalities of the website. We also use third-party cookies that help us analyze and understand how you use this website. These cookies will be stored in your browser only with your consent. You also have the option to opt-out of these cookies. But opting out of some of these cookies may affect your browsing experience.
Necessary Always Enabled
Necessary cookies are absolutely essential for the website to function properly. These cookies ensure basic functionalities and security features of the website, anonymously.
Functional
Functional cookies help to perform certain functionalities like sharing the content of the website on social media platforms, collect feedbacks, and other third-party features.
Performance
Performance cookies are used to understand and analyze the key performance indexes of the website which helps in delivering a better user experience for the visitors.
Analytics
Analytical cookies are used to understand how visitors interact with the website. These cookies help provide information on metrics the number of visitors, bounce rate, traffic source, etc.
SAVE & ACCEPT